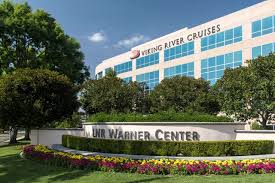 Q – Last year, I booked an “Elegant Elbe” cruise for July 2015. Two days before flying to Prague, I received an email from Viking that the river was low and that our itinerary would be altered. They reported that we would have to move from one boat to its sister ship during the cruise. Neither boat moved from their moorings in Dresden and Wittenberg the entire time! We were transported by bus to the towns and attractions on our itinerary. The first day of the “cruise,” they combined two land excursions into a single day and took us out in sweltering heat. It was miserable.

Viking has offered us a $1,000 voucher toward a future cruise. I think this is an insult, especially since I never intend to travel with them again. Since returning to the U.S., several of us passengers have contacted Viking to complain. Viking has attempted to ignore us and, when they have contacted some of us, they have tried to get them to sign non-disclosure agreements before negotiating any other form of compensation. Does this sound a little underhanded to you?

While Viking cannot control the weather and water levels, they can certainly cancel journeys when they know the water levels will preclude any cruising! From what I have seen online, very few companies still cruise the Elbe River and virtually no Elbe cruises appear to have taken place this summer.

If Viking had canceled this cruise, my trip insurance would have kicked in and covered both the cruise and my air fare. As it stands, I spent a tremendous amount of money for a cruise that never happened. Have you any advice?

A – We feel your pain. You have been victimized by unanticipated weather patterns in the heart of the summer season. Understand that this was, legally speaking, an “Act of God.” Viking is out the money it spent on alternative arrangements and the total cost of all the $1,000 vouchers they offered. Your consultant should have pointed out that Europe has been experiencing serious heat alerts in July and August for the past three years. This will continue, if you believe in global warming. If you don’t believe  in global warming, please move on to one of the user-generated fake review sites.

Our advice is to never deal with a river cruise line yourself. You have no clout. Your agent should be fighting this battle. Your agent has much more clout than you do as an individual. This is particularly true if your agent is a member of one of the better consortium groups which gives Viking River millions of dollars annually. Before booking any river cruise, it is essential for consumers to discuss and verify that their consultant is on a first-name basis with the  line’s top executives so, in cases like this, where something goes terribly wrong, there is a human being who can be contacted on a professional to professional basis.

While we can’t fault Viking for unexpected river conditions, we wonder why your agent was not notified of conditions before you got on your flight to Europe. We also would prefer that your refund was in cash as it seems obvious you will not sail Viking again. Try not to get upset next time you are watching Public Television and those lovely Viking commercials run. Finally, just hang on, Trump says he is going to fix the river boat “problems”.