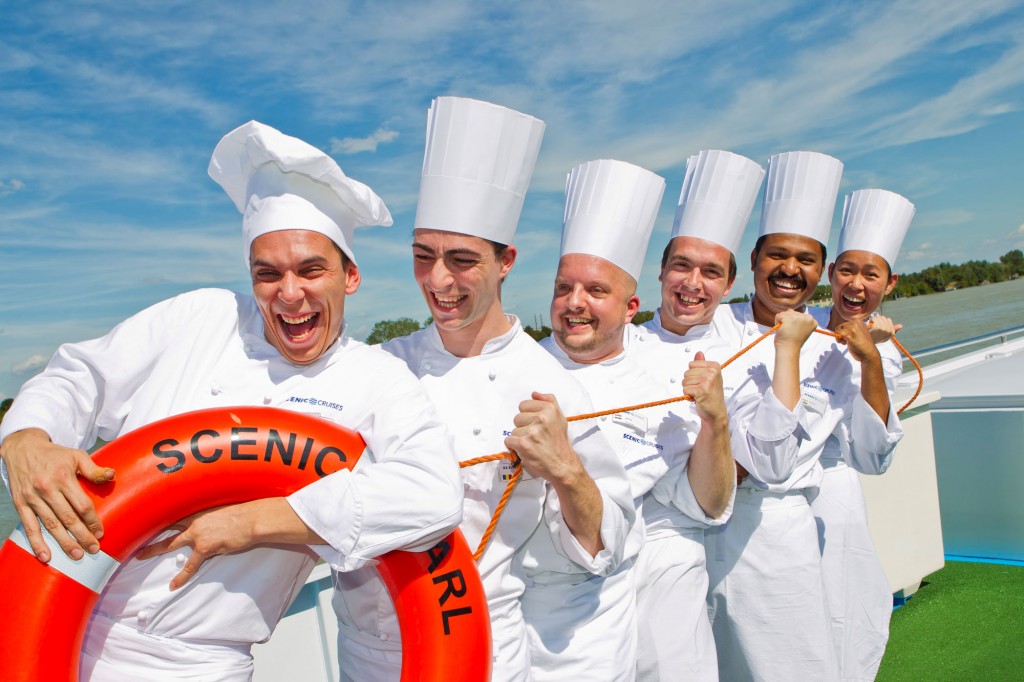 Q – We’ve sailed on three European river boat itineraries, each on a different line. We’ve sailed on AMA, Avalon, and Viking River and, while there were obvious differences, we were wondering if you might tell your audience how these lines find their staff. We generally found that each of the lines seemed to have the same mix of  staff  the Philippines, Indonesia, and, mostly, Eastern Europe. Also wondering how the Captain’s are hired.

A –   Currently, two lines, Viking River and Crystal, do their own hiring using several worldwide HR offices. The other lines all tend to use a company called G&P based in Lucerne, Switzerland. G&P has been in business since 2003 and it supplies complete crewing for some of the biggest names in river cruising. Their staffing portfolio includes Captains so it is fair to say that the same firm that supplies the dishwashers on board also supplies the senior officers.

The lines use G&P because of the breadth of their services which include residential training facilities, mentoring programs, as well as health care and crew travel arrangements.

The company supplies staff to lines at various price points. Executives at each line set their own hiring standards and the general mode of operation has them doing follow-up interviews with every crew member recommended by G&P. These interviews serve to differentiate staff aboard the various lines. But it is fair to say that it would be hard to truly differentiate on the basis of crew hired from the same source.

With an estimated 55% of the total riverboat berths in Europe, Viking River finds it cost-effective to maintain their own hiring and training facilities. Crystal is clearly dedicated to staffing its riverboat fleet internally with little or no outsourced labor. Most industry analysts believe that Crystal is in a position to offer a better-trained staff than the contracted labor aboard their competitors. But that will require higher staff pay at all levels and that is surely going to be reflected in per diem costs.