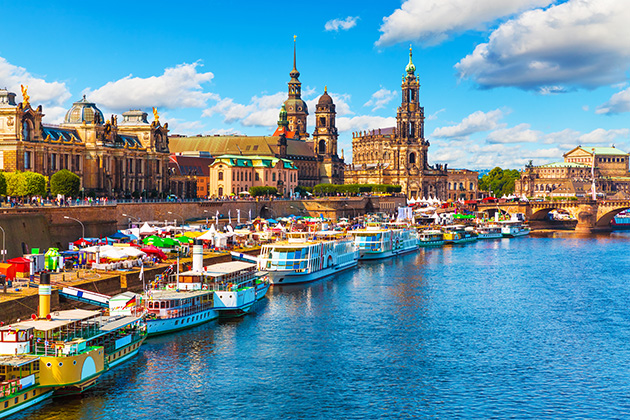 Q – As you seem to be the only folks talking openly about river flooding on some of these European rivers, we thought we would pose this question to you. We want to take our two teenage daughters with us this summer on a cruise itinerary that takes in Switzerland and Germany. You identify the Elbe as having the worst water level issue but we love the Viking “Elegant Elbe” itinerary which includes so much we want to see – Switzerland, a few nights in Berlin, overnights in Prague, as well as Warsaw. It also allows us to do some Jewish heritage touring in Warsaw along with the excursion to Auschwitz. So should we not do this itinerary or should we take a chance?

A – Take a chance and bring flippers! No, let us be serious. This is an outstanding itinerary on a river that is more prone to water level issues than any of the other major rivers in Europe. We think that you need to do this itinerary mid-summer when drought will be your major concern. But drought can be predicted in advance of arrival. This itinerary is so packed with highlights that we would take the chance that some portion of the trip may be disrupted. Do be aware, however, that Viking is not using top-grade hotels on this itinerary. That is one reason they are able to achieve their favorable pricing matrix. It is nearly impossible to predict what your chances of experiencing problems might be on an Elbe cruise but we recommend that you consider a one in five possibility of itinerary change or disruption. This figure will, by the way, be disputed by the lines and their PR spokesman.