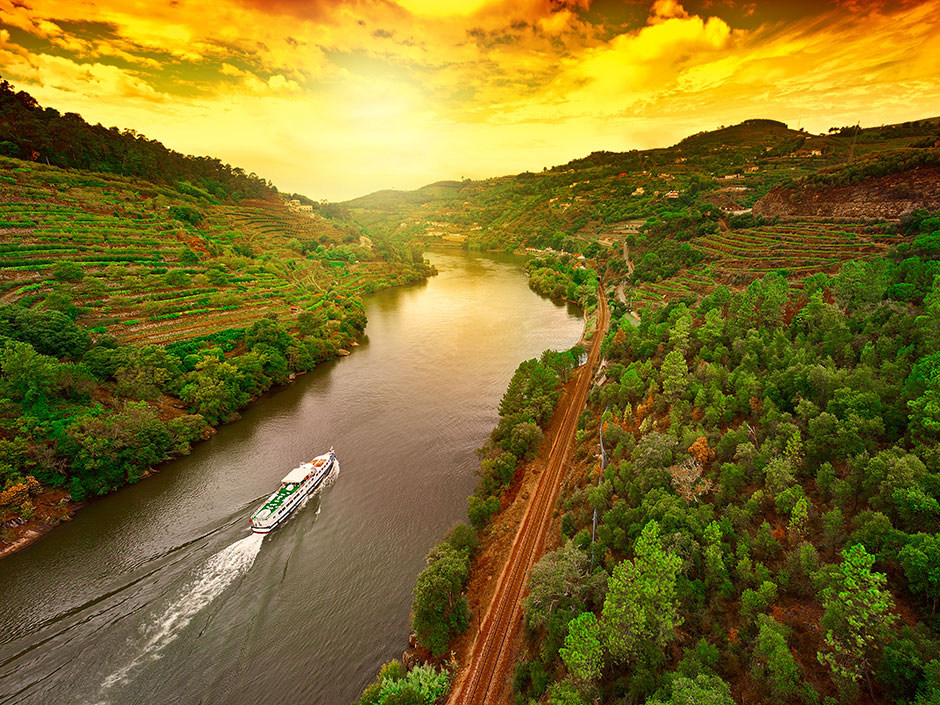 Q – I’ve read all of the brochures and marketing swill put out by the travel industry about cruising on the river in Europe. My wife wants to joins friend who only know the Danube – I believe they think it is the only river east of the Mississippi. I just found this site and feel confident in asking you if I should just go with the river flow or if I should fight for the Duoro. I love good wine as does one-half of the other couple. I’ll let you figure out if it is the wife or the husband. We’ve been to Europe twice our friends have, I believe been on one Globus Tour. We’re in our mid-sixties and price is not really a major issue. Enjoy reading your material.

A – The Danube is normally seen as a great beginner river – it has some wonderful cities, Vienna and Budapest, along with a nice selection of  ports along the way including pastoral farmland and less river traffic than you might find on the Rhine.

But we have a soft spot for the lesser-known Duoro and since fifty percent of your small group enjoys wine, that would seem like a battle worth waging. The Duoro starts in Northern Spain and winds its way west through Spain. Where it hits the Atlantic it serves as the border between Spain and Portugal. But the really navigable section of the river for tourism purposes is a beautiful stretch in Portugal. In a sentence, we love the Duoro because it offers lots of vineyard views along its banks, quaint villages lining the river banks, wine farms in small villages along the route that have been converted to really nice small hotels and, it earns our designation as Europe’s most unspoiled and least traveled river valley. In fact, the beauty of this area might best be understood when considering that the entire Duoro River Valley has been designated a World Heritage Site by Unesco.

It appears to be the men against the women in terms of your itinerary choices. Have a nice time on the Danube.