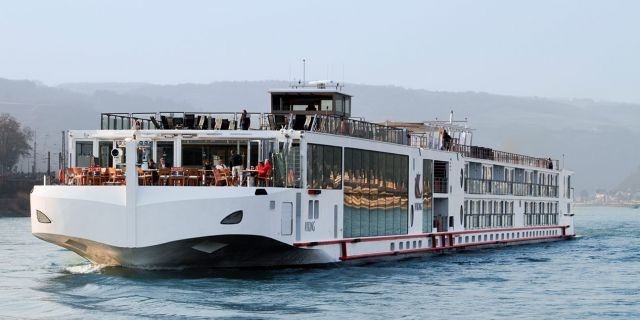 Q – Q – We have been planning on taking our two kids, ages 13 and 14, on a two-week special Viking River Cruise on one of their new Longboats in the summer of 2022. We have all the Viking brochures and as the largest line, they seem to have some economy of scale resulting in much better pricing than most of their competitors like Tauck, Scenic, and Crystal.

One of our neighbors in Austin just returned from a Viking cruise in Germany and she said that there weren’t any kids at all on her sailing even though she went in August. I am not working with an agent and have been depending on the mountains of materials Viking has been sending us since our initial inquiry. The kids read all the brochures, they have scored great grades, and I really want to take them. But we don’t want to put them in a situation where they will be uncomfortable. I think your response could be helpful to many other families planning a similar river cruise.

A – Viking has made your decision rather easy. Viking River Cruises raised the minimum age for passengers from 12-years-old to 18-years-old, effectively banning kids from all future voyages. The new zero-children policy, which the company said was in response to customer demand, will mirror that of Viking Ocean Cruises, which debuted in 2015 with the same anti-kid animus.

We would discuss this carefully with your agent and we suspect they may end up recommending AMA Waterways. AMA, by the way, does do programs aboard certain sailings in conjunction with Disney. That would likely be your perfect solution if you can abide a 140 Guest ship with about one-third of them under the age of eighteen. European Riverboats operate on the assumption that, given the size of the boats and the low passenger counts, the presence of young children could be an unpleasant distraction. The difference between Viking and the others is simply Viking’s Norwegian bluntness.