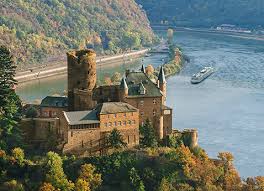 Q –  We were really thrilled to read your piece about the new river cruise line for people in my age group – 2o and 30 year-olds. I’ve read a little bit about it on River Boat Ratings but would like to know how this idea came about. I am a business major in a grad program and am really curious about this and interested, perhaps, in doing a paper on the subject. Any information would be appreciated. Also curious as to what the cruise would be like when compared to the the Avalon cruise my folks took to Germany last August.

A – Here is a short response to your two questions. Uniworld is owned by a large travel group called The Travel Corporation. Their CEO is Brett Tollman. His office would be a great first step as you begin your research. The Travel Corporations owns several companies specializing in tour firms that cater to an age demographic of Millennials and Gen Xers. So it makes sense that Uniworld would come up with the concept. The two ships they will use initially were built in the late nineties so they were due for a refresh anyway.

No one has details as to how or where the former River Baroness or Rover Ambassador will operate but it seems clear that the product will be far less inclusive with a great deal of free time built into each day. It is assumed that U guests will want to have dinner ashore and stay out late so sailing schedules will likely reflect far more day time cruising than is now the case. Finally, we assume this project will be price-driven with low per diems a critical goal. So look for a lower entry-level price with a great deal of paid options available. Wish we could be more helpful but this project is still very much on the drawing boards. Best of luck with your research and your future time aboard the U ship.