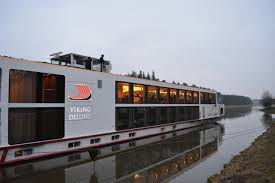 Q –  I receive emails and brochures from Viking Cruise.  I called on 12/30/15 about a promotion set to end on 12/31/15.  The agent was very nice and friendly.  However, we were wanting/needing the standard stateroom.  After being on hold for about 5 minutes, she came back and said the company had not even opened up the standard rooms yet, and did we want the Emerald room–which was $1000 higher per person.  I told her no, the only way we could afford the trip was to do the standard room.  She said she had to speak with her director, but would call me back that day or night.  It is 12/31/15 at 2:30 PM and she has never returned at call.  I am pretty sure this was a whole “bait and switch” set up, especially since the price of the standard rooms were advertised (what do you mean they are available?).  I am so disappointed in the practice of a major cruise line for doing this–not even having the guts to call me back.  I may be economically limited, but I am not stupid.  How does a well-known company get by with this?  Thanks for your help.

A –  Your encounter with the Vikings did not go all that well – but that has been the experience of many folks throughout history who took up arms against them. Don’t know what form of “help” we can provide, given your presentation of the “facts.”  In this case, we think you may be jumping on Viking based on some false assumptions.

First of all, you called them 24 hours before the end of a promotion and then were shocked that minimum space was no longer available. The idea that new inventory was not yet available just doesn’t ring true. Viking doesn’t do bait and switch – at least not in the context you are using it. The upper suites normally sell out first – the least expensive cabins are generally the last to sell, so there is no rationale to think they were trying to switch you to a higher priced accommodation. You wrote this e-mail to us just after lunch. We would expect that Viking called you back in the afternoon.

You tried to book without using a professional consultant on the day before a promotion ended. That is asking for trouble. But we would add one bit of advice that really isn’t stated in our industry often enough: If it is literally true that you could not afford to go on this vacation unless you were placed in the lowest possible category, we would suggest that you forget about this kind of vacation until you are financially ready to do it right. We would urge you to not consider any cruise, river or otherwise, if you can only afford the minimum accommodations and the least expensive product. It often makes much more sense to delay a trip until the time that you feel comfortable enough to spend the money to do it in a way that will provide maximum, long-term memories and satisfaction.

Anything you do on any waterway or ocean is going to cost you real money. We hate to see people waste it on an experience that could have been so much better had they only delayed their travels until the appropriate time when cost was not a major concern. We do realize that ours is a minority view. There will always be someone in travel who wants your credit card number before the sun sets.